Apologist and itinerant speaker, Shiv Zacharias, accepts invitations to lecture at various outreach events. These lectures aim to engage different worldviews and point others to Christ. She also accepts requests to instruct evangelists and missionaries to convey the Gospel message with clarity by removing misconceptions. Moreover, she is passionate to help equip laypeople to defend their faith in Christ. 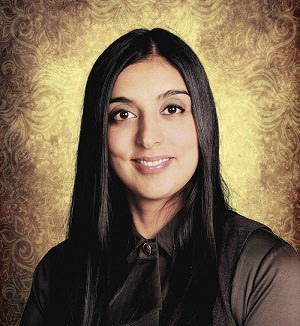 Give a gift to support Shiv's ministry

Shiv was born in Canada to a Sikh family, but still chose to study world religions in high school as part of her quest to find God. A good friend in her class encouraged her to read the Bible. Shiv was interested in Jesus and began attending a church youth group with school friends. Christianity’s 'grace without conditions' drew her.

“The idea of unconditional love was one I never grew up with. It was a very foreign concept, but a persuasive one.” At 19, Shiv committed her life to Christ. This commitment cost her her family; they kicked her out of her home.

Her Christian friends were there for her, but did not have the same cultural or religious background that she had. A friend suggested that maybe a preacher who also had an Indian background, Ravi Zacharias, could help. She reached out to the RZIM Canada officefor help with her new faith and difficult family situation. Over the years RZIM staff and Ravi were supported Shiv as she grew in her faith.

Shiv did her B.Sc and B.Ed in physics, mathematics, and religion from the University of Toronto, where she met her husband, Andrew Zacharias (who happened to be Ravi's nephew). After they married (with her family’s full blessing), she  completed training at the RZIM Centre for Christian Apologetics in Chennai, India and went on to study at the University of Oxford.

Over the years, Shiv has spoken at various churches, university settings, and other religious and secular institutions in Canada, the UK and India. As an apologist for The Jesus Network, she desires to persuasively share Jesus without compromise.