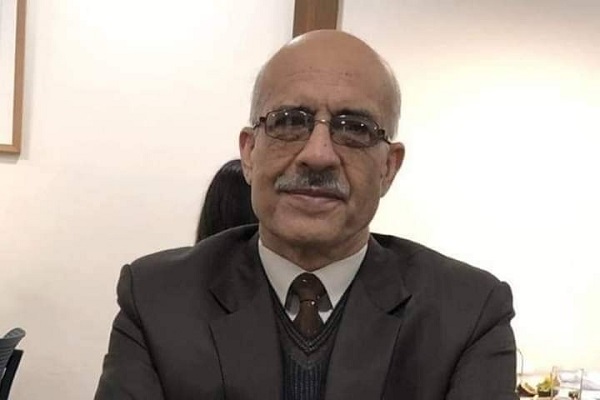 Ahmad is a former Muslim who led a network of underground churches in Afghanistan. Now he is pioneering a church and outreach for the thousands of Afghan Muslims in the Waterloo Region.

He holds regular worship meetings, Bible studies, and prayer groups with Afghan and Iranian believers. The church as a group is working to build connections and relationships with the local Afghan community in Kitchener-Waterloo. This work in the community is supported in part by a growing network of churches that desires to see this ministry established.

Ahmad is a former Muslim who led a network of underground churches in Afghanistan. Now he is pioneering a church and outreach for the thousands of Afghan Muslims in the Waterloo Region.

He holds regular worship meetings, Bible studies, and prayer groups with Afghan and Iranian believers. The church as a group is working to build connections and relationships with the local Afghan community in Kitchener-Waterloo. This work in the community is supported in part by a growing network of churches that desires to see this ministry established.

Give a gift to support Ahmad's ministry

My name is Ahmad. I was born into a Sunni Muslim family in Afghanistan, and learned the basics of Islam and the Quran when I was a teenager. I became a fanatic Muslim and hated all other religions and their followers. When I was young, I met some communist followers, and I was so fond of their ideology I believed that communism was the only way to save the human race from poverty and adversity. I lived a sinful life with such ideologies far from the love of God.

In 1995, I found a copy of the Gospel of Matthew and my attention was drawn to the verse on the cover of it: "Come to me, all who labour and are heavy laden, and I will give you rest." (Matt 11:28) I read it many times because I knew that it was not an ordinary book, but a profound and life changing one. One day, a brother came to our home and saw the book and asked me if I wanted to know more about the Gospel and Christianity. I agreed and he introduced me to an American named Juan who at the time lived in Afghanistan as missionary. Juan helped me to learn the Bible, answered my questions, and helped me to know about Lord Jesus Christ.

One day, Juan told me that that day he would not answer my questions and would let someone else do it and gave me a copy of the Jesus Film. I started crying and crying as I watched the film; God touched my heart and I submitted and dedicated my life to Jesus Christ and accepted Him as my personal Lord and Savior that day in 1996. In spite of the ongoing civil war where rockets and bombs were destroying the city, I met with Juan every week to study the Bible because of my passion to know more about my Christian faith.

Serving the Lord in Afghanistan

I started sharing the Gospel and serving the Lord during the Taliban Regime when they were against all other religions and there was a death penalty for any Muslim to leave Islam. I started a Bible study in my home; Juan taught us the Bible and, by God’s grace, my family came to faith and gave their hearts to Jesus and started worshipping Him along with me. I started making copies of the Jesus Movie and distributed them to my friends and acquaintances. I was stopped by the Taliban once when I had the movie with me; they would have hanged me if they had only looked in my bag.

The Council Attacked by Suicide Bombers

The Taliban and other extremist Islamic groups hated us since we were a kind headquarters of Christians. Even though we were underground and off-the-record, the Taliban found our location and three gunmen attacked us during our weekly worship service on November 29th, 2014. Several of my friends were martyred and others, including me, were injured. The Afghan army got involved and there was a heavy fire fight for hours until the Taliban attackers blew themselves up with bombs. The whole building caught fire and burned down, but by God’s grace I and some others survived. (Additional article, additional article.)

But that was not the end of the ordeal; the survivors were arrested and interrogated because conversion from Islam to Christianity is a crime according to the law. We were finally released after two days, and Juan helped us escape to India.

Escape and Sojourn in India

I joined the Afghan Church of New Delhi where I also brought other Afghan leaders for Bible training. I helped at the church while I waited for the situation to get back to normal in Afghanistan, with the mind that I would return and resume my ministry there. After three months, I purchased air tickets to return to Afghanistan, but my wife and friends warned me that the Afghan Intelligence Agency was searching for me for my "crimes" and I would be arrested on arrival. I stayed in India to save my life and to protect my family.

While there are hundreds of Afghans living in the Waterloo area, I noticed that there is no Afghani Church here. God gave me this vision to start ministering in the Afghan Muslim community in this area. I was introduced to the Jesus Network through Pastor Obed. I found the Jesus Network an active and strong ministry which had the heart to reach out to the Muslim community. Shawn introduced me to their contacts who live in this region. After spending some time to build relationships with them, we invited them to our worship meetings in March 2020. We had around 30 Afghan and Iranian Christians from the Waterloo Region at our first meeting.

This is the only Afghan church and ministry that serves among Afghans in the Waterloo Region, and today we have many Muslim contacts who are willing to hear us and come to our worship meetings online and in person. We see a change in this community as our Muslim friends introduce their Muslim friends to us. We believe that this project will be a breakthrough in the Afghan Muslim Community all over the Waterloo Region.