Shawn and Hayley have been leading the Jesus Network for over 15 years now! Shawn leads with "big idea" visions for the ministry and and creates relationships and partnership opportunities with churches and other ministry partners.

Hayley does community outreach through the year and then switches gears to be the operational lead for the entire Christmas outreach. She maintains a lot of connections with local businesses in the area, which has proven vital to the ministry. 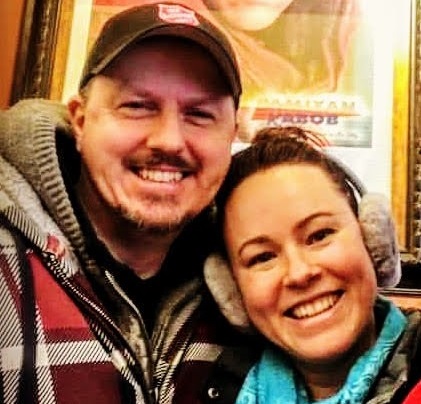 Give a gift to support Shawn and Hayley's ministry

Shawn didn't have any idea or understanding of Jesus until a high school friend shared the gospel with him and changed his entire world! Shawn went on to work in IT, but eventually gave up his career to dedicate himself for ministry.

Hayley grew up in a Christian environment and as a young woman felt God impress very strongly upon her the importance of bringing the gospel to places where it's unknown. She pursued a career in nursing, and still uses the people skills she learned then in her ministry today.

The two of them met while on a short mission trip. She told him her favourite Bible verse, he told her he wanted to reach Afghan people, and they have been together since.

They tried to find avenues to get to Afghanistan, but every way was shut before them. They were working in youth ministry when they were approached by a group that was looking for someone to head up Muslim outreach right in Toronto. God didn't bring them to Afghanistan, he brought the Afghan (and many more!) people to them.